There is a lot of advice floating around the Internet. A lot of it originates with high paid gurus. Sometimes it comes through unfiltered. Sometimes it gets a little, or a lot, twisted. Sometimes it is just plain wrong; even from the source. One of the advice streams that I am a little concerned about is the one dealing with focus. You know, the one that goes something like, "Find one good idea, one niche, and focus completely on it until you succeed!" Well, maybe not so much.

Stay Focused And Never Give Up

There are a lot of these sayings around. They are cute. They roll easily off the tongue. They sound meaningful and, surely, they must be right. But are you getting the real meaning of the word focus when you read them.

It's good advice. Isn't it? Maybe. But does focus mean just do one thing?

You might have heard of Walmart. They are the giant retail corporation that operates a chain of discount department stores and warehouse stores across the country and around the world. Headquartered in Bentonville, Arkansas, United States, the company was founded by Sam Walton in 1962. Today Walmart is the world's largest company by revenue. They are also the biggest private employer in the world with some 2.2 million employees.

Walmart started out as a general merchandise/hardware store. Today, though, it doesn't just sell imported hard goods -- though they do sell a lot of that kind of stuff. They are also the largest grocery retailer in the United States. In 2009, they generated 51 percent of their US$258 billion in sales in-country from grocery business alone. Walmart also owns and operates the Sam's Club retail big-box warehouses operation.

The point I'm making here is Walmart didn't focus on a single niche. They saw themselves as retailers to the general consumer so they reached out and found what general consumers were buying. They made a lot more stuff, in a lot more ways, available to them. And don't think it has all been good. They have tried a lot of things that failed. They had enough variety to spread the risk, and loss, and they just moved onward and upward.

And, if you think Branson just runs an airline or Bezos just sells books, you would have another think coming.

Sure, Virgin Atlantic is vibrant and profitable, and some might say huge operation. But it is only a small part of the Virgin Group, a British multinational branded venture capital conglomerate with core business areas in travel, entertainment and lifestyle, and managing ventures in financial services, transport, healthcare, food and drink, media and telecommunications. Altogether, Virgin's businesses consist of more than 400 individual companies worldwide. That's what Sir Richard Branson did!

They also produce their own branded consumer electronics, including Amazon Kindle e-book readers, Fire tablets, Fire TV and the Fire Phone. They are a major provider of cloud computing services. Amazon also markets low-end products like USB cables under its in house brand AmazonBasics.

Now let's consider a few other companies you might remember. Borders (books). Block Buster (video). WorldCom (telecommunications). Enron (energy). Arther Anderson (accounting). Lehman Brothers (banking). Remember is the keyword here. These were once giants in the industry but they are no more. There are many reasons for their failures. Some might involve a little hanky-panky with accounting. But by and large the number one reason was failure to diversity so a single big hit wouldn't cripple them.

But you're a small business. You're an entrepreneur. Maybe you work from your kitchen table after the family is in bed. Or maybe from a den or an office in a corner of the basement. You're not a Bear Stearns or a Friedrich Krupp. You don't have their scale, nor their problems. No. Perhaps not. But diversification is still a consideration.

You are an online professional -- whether you are a heart-centered business coach or an Internet marketer selling ebooks, a website designer or a fine artist, if you are developing and/or promoting your business online you share a lot of the same foundational, marketing, and operating factors and issues. And the beauty of it is, it is that common ground that opens the door, making it easier to diversify and expand.

Perhaps a better acronym extension of the word FOCUS would be...

Certainly you can build your business around your passion. But you can secure your success through careful diversification. Noboxatall is about that kind of bold thinking; not just outside the box but about taking the risk, and breaking the boundaries. It is about having no box at all.

Join me in creating a prescription for your success. Let's take your business over the top.

Steve is a published author, entrepreneur, instructor, and personal/business mentor. He earns his living and his lifestyle entirely online, working from an office in his home or from a laptop when he travels. A big part of that is helping others do the same.
View all posts by Steve →
Light Bulb Dichotomy
A Father’s Wisdom 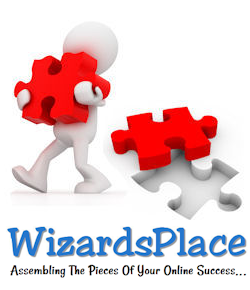